Ibrahimovic insisted the decision had nothing to do with his former club and praised Hammarby as a club with plenty of potential.
“This has nothing to do with Malmo,” he said to Aftonbledet. “When it comes to Malmo we talk about the footballer Zlatan. I think they’ll respect that in Malmo.
“I have a good relationship with the club and always have. This has nothing to do with me as a football player. I think those in Malmo will be happy for me.”
In a statement on Hammarby’s website, Ibrahimovic said: “Hammarby is a fantastic club with passionate supporters and has great respect in both Stockholm and Sweden.
“I have always liked the club and the fans and I have been impressed with what the club has done in recent years both on and off the pitch.
“Being able to join and develop Hammarby moving forward feels both fun and exciting.” 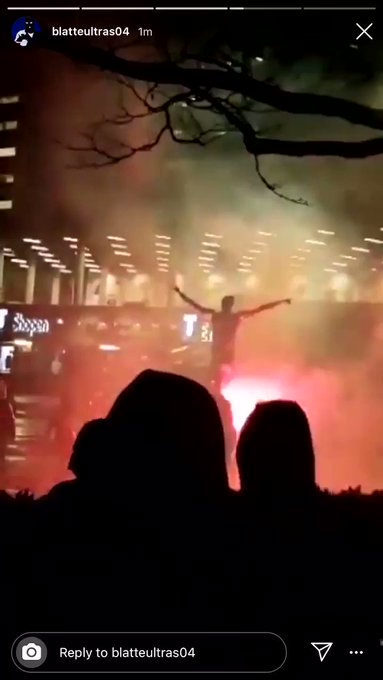 137 people are talking about this

However, vice chairman of Malmo’s official supporter group MFF, Kaveh Hosseinpour, has stated that Ibrahimovic has wildly misjudged the situation and that fans are infuriated by their former hero’s decision.
“I haven’t heard anyone who thinks this is good,” Hosseinpour told Fotbollskanalen. “Everyone is extremely critical. Some are disappointed, some are angry and others think it’s idiotic. It’s not ‘happy’ news, it’s a development that feels uncomfortable and wrong.
“He probably forgot what he means to Malmo. He misunderstands his position when he says that Malmo will be happy for his sake. We’re not happy. I don’t think anyone is particularly happy for his sake.
“There is no one in Malmo who runs around in an LA Galaxy shirt with Ibrahimovic on the back – here you play with [captain Marcus] Rosenberg on your back. I think he overestimates how much he means to us. That’s how it is.”
Ibrahimovic’s playing future still isn’t clear having left MLS side LA Galaxy earlier this month.
He has been linked with a move to Serie A with AC Milan and Napoli, while Jose Mourinho’s arrival at Tottenham has fuelled rumours of a switch to north London.
Source: goal.com