Police in Mutitu, Kitui East, are investigating the circumstances under which a teacher was burnt to death following protests at a school.
Mr Wambua Mwangangi and Mr Chris Kyalo Muli were arraigned on Thursday over the killing of Ms Daisy Mbaluka Mbathe, who taught at Ndooni Primary School.
It was said that a mob that included students’ parents attacked Mbathe but Kitui East Police Commander Consaga Malasi denied this.
Mbathe was killed on Monday, a day on which parents gathered at the school to protest poor performance in the 2019 Kenya Certificate of Primary Education examination.
The parents demanded the transfer of all the teachers at the institution.
It was said that on the fateful day, a group of youths captured Mbathe, slashed her using pangas, and then burnt her body.
Mr Mwangangi and Mr Muli, residents of Mutitu, were later arrested as suspects in the case.
The police commander dismissed reports of a mob attack, saying this was a case of “pure murder”.
“Preliminary investigations show the killing was well-orchestrated. It was pure murder, not mob justice as claimed,” Mr Malasi said.
He said police were pursuing five people in connection with the incident.
In court on Thursday, Kitui Resident Magistrate Felistus Nekesa allowed detectives to detain Mr Mwangangi and Mr Muli at Mutitu Police Station for 21 days in order to complete the probe.
Meanwhile, an official of the Kenya National Union of Teachers (Knut) has termed the killing a “serious threat” to the teaching fraternity in Kitui.
Mr Simon Nding’o, Knut’s Kitui branch Executive Secretary, said: “I condemn this incident in the strongest terms possible. The government must ensure our security.” 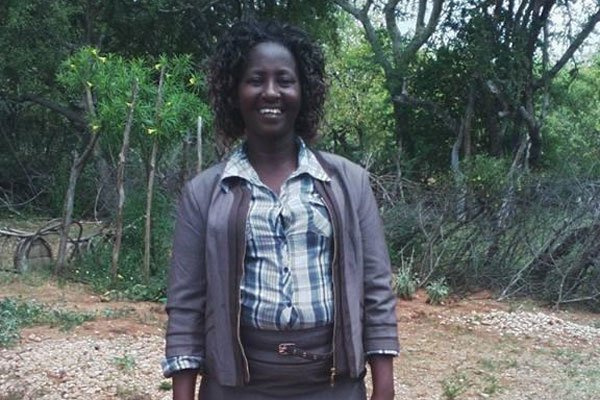 Daisy Mbaluka Mbathe was burnt to death on January 6
Mr Nding’o lauded the Directorate of Criminal Investigations (DCI) for acting quickly on the matter and urged police to ensure the killers are found and punished.
Mounting tension following Mbathe’s murder forced management to close the school.