AUDIOS AND VIDEOS ON THE TOPIC

All videos, audios and galleries

Read more: What you need to know about the coronavirus

22:30 Google has asked its 8,000 employees at its European headquarters in Dublin to work from home on Tuesday after one of the staffers reported coronavirus symptoms. Last week, Ireland confirmed its first case of COVID-19.

22:02  The International Ice Hockey Federation has cancelled six championships in March and April amid fears over the coronavirus. The tournaments are the latest among the international sporting events to be affected by the worldwide outbreak.

Men’s U18, women’s tournaments shut down due to coronavirus, Women’s Worlds currently on-schedule

33 people are talking about this

20:58 Moroccan state media has reported the country’s first case of COVID-19, according to Reuters news agency.

20:36 First cases have been reported in the eastern German states of Thuringia and Brandenburg. Germany had over 150 confirmed cases as of Monday.

“A very good meeting with Bruno Le Maire today,” he wrote on Twitter. “We discussed the full range of European topics and of course the effects of coronavirus too. We are observing the situation very carefully and will act decisively if necessary.” 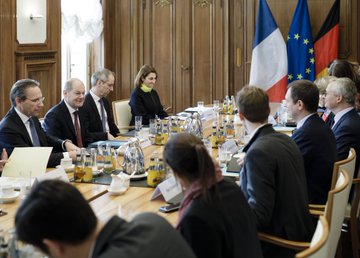 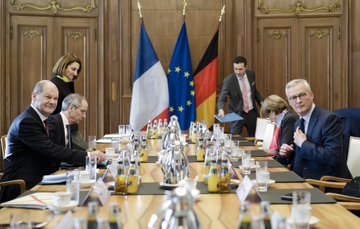 19:54 A sixth death has now been confirmed in Washington state in the US.

19:50 Earlier on Monday, South Korean authorities announced Lee Man-hee of the Shincheonji Church of Jesus faces possible murder charges after being accused of failing to cooperate in efforts to contain the virus. Many of the cases in South Korea have been linked to the “cult-like” religious group.

19:33 Three more people have died in the western state of Washington, bringing the total of deaths in the US to five. On the other side of the country, New York has confirmed its first case.

17:54 German authorities have said that risk in Germany is now “moderate,” on the same day that the European Union raised the risk level from “low to moderate” to “moderate to high.”

There are 157 cases in Germany as of Monday, with 90 in the most populous state of North Rhine-Westphalia.

How worried are Germans about the coronavirus?

17:19 French newspaper Le Parisien has corrected their earlier reports of two further deaths in northern France, saying that in fact only one died. This brings France’s total death count to three.

16:49 Finance ministers from G7 countries plan to hold a conference call on Tuesday to discuss measures to deal with the growing economic impact of the coronavirus outbreak.

16:44 The west African nation of Senegal has reported its first case of COVID-19, according to the Health Ministry.

16:40 The Baltic nation of Latvia has reported its first case of COVID-19, its government announced.

16:25 “Stigma is more dangerous than the virus itself,” WHO chief Tedros Ghebreyesus said, referring to racism and stigma that have been noted during the outbreak, particularly against Chinese people.

16:23 The Swiss football league has postponed large games until at least the end of the month amid fears over the spread of coronavirus. Switzerland has at least 24 confirmed cases.

16:08 The vast majority of cases are concentrated within five countries and at least 90%are within China, Dr Mike Ryan reminded reporters at the WHO press briefing.

“This is not a one-way street. We can push this virus back,” Tedros Ghebreyesus said.

“We appreciate that people are debating whether this is a pandemic or not. We are monitoring the situation every moment of every day & analyzing the data.
WHO will not hesitate to describe this [#COVID19] as a pandemic if that’s what the evidence suggests”-@DrTedros #coronavirus

, mostly in one province.

We know people are afraid. We know they have many concerns and questions”-@DrTedros #coronavirus

87 people are talking about this

15:55 Ghebreyesus also confirmed during the briefing that a WHO mission to tackle the outbreak arrived in Iran on Monday.

“The number of #COVID19 cases in China continues to decline,” he said. “Yesterday,China reported 206 cases to WHO, the lowest since 22 January. Only 8 cases were reported outside Hubei province.” The Hubei province is where the city of Wuhan is located, where the outbreak began.

“The number of #COVID19 cases in

reported 206 cases to WHO, the lowest since 22 January. Only 8 cases were reported outside Hubei province.

140 people are talking about this

15:35 Germany, France and the UK will give Iran medical and financial aid to fight COVID-19.

15:12 On the day of national elections, Tajikistan has closed the borders to citizens of 35 countries where many cases of COVID-19 have been reported. Nations include the US, the UK, China, Japan and Iran.

14:53 Football team RB Leipzig has apologized to Japanese football fans who were asked to leave the game 10 minutes into a match on Sunday.

“We apologize for the mistakes up to this point and would like to make good on what happened,” the team wrote on Twitter, promising the group would be invited to a future game. 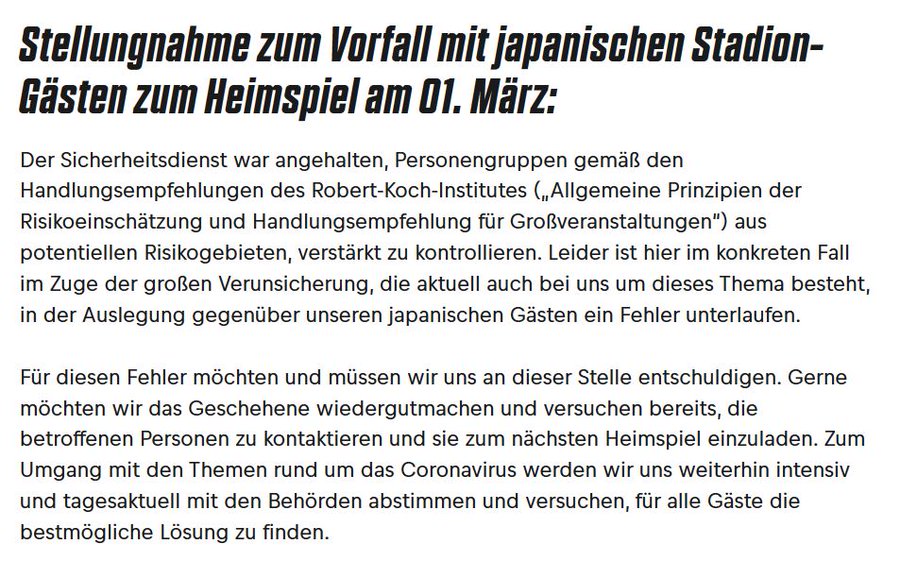 872 people are talking about this

14:51 The World Copper Conference in Santiago, Chile has been canceled over travel risks.

14:34 The World Health Organization has told European ambassadors that “solidarity and preparedness are vital.” COVID-19 has reached 18 EU member states.

This morning @WHO colleagues provided an update on #COVID19 and answered questions from ambassadors representing countries across the European Region. Their message – solidarity and preparedness are vital. 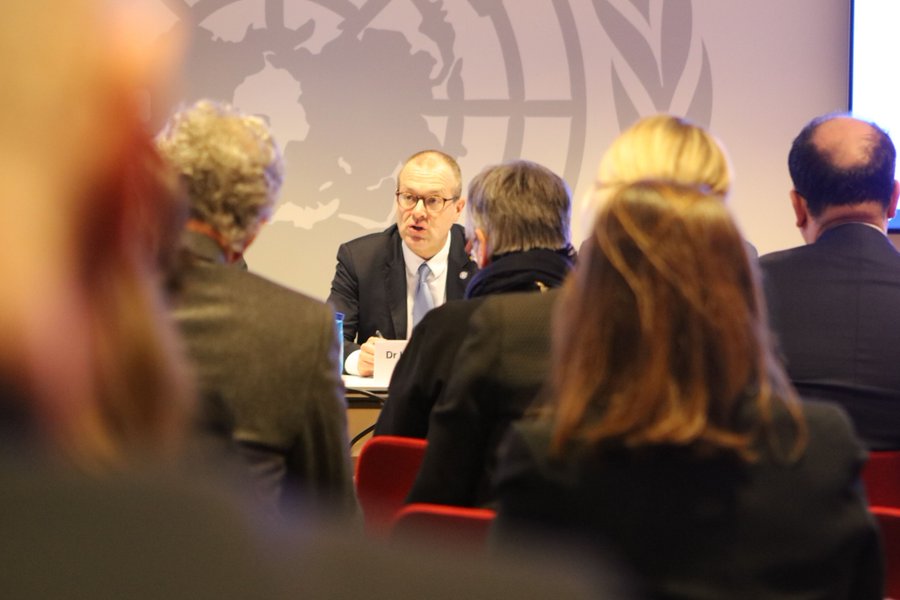 142 people are talking about this

14:18 The European Central Bank (ECB) called off a joint event with the European Commission planned for Tuesday.

“The ECB has decided, in close consultation with the co-organizing European Commission, to postpone for now the conference on European financial integration that was scheduled for Tuesday March 3 2020,” the ECB said in a statement.

14:12 The UK has confirmed four new cases, bringing their total number to 40.

14:06 India has reported three more cases of coronavirus including an Italian national.

13:52 COVID-19 will have a “substantial” impact on trade, the head of the World Trade Organization announced in Geneva.

“The effects on the global economy are also likely to be substantial and will start to show up in the trade data in the weeks to come,” Roberto Azevedo told heads of delegations.

13:34 French newspaper Le Parisien is reporting two more deaths in the country, bringing the total death toll there to four.

13:24 Jordan confirmed its first coronavirus case. The patient is a Jordanian citizen who returned from Italy on February 15. A medical team is testing his family.

13:09 German Interior Minister Horst Seehofer refused Chancellor Angela Merkel’s attempt to shake hands with him at the start of a meeting on migration in Berlin, amid coronavirus fears.

German Interior Minister Horst Seehofer refused to shake Angela Merkel’s hand as officials struggle with a rapidly growing outbreak of coronavirus.
“That was the right thing to do,” Merkel said afterwards. 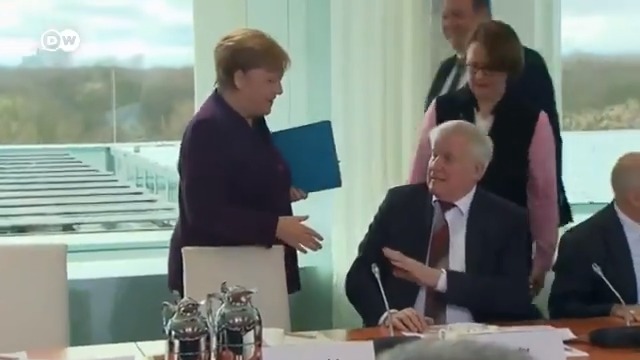 371 people are talking about this